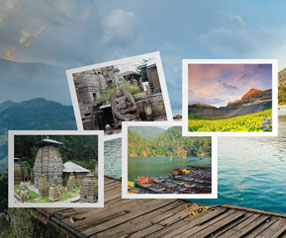 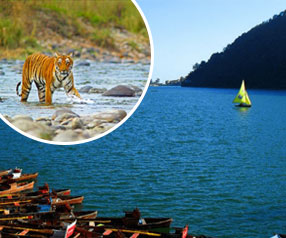 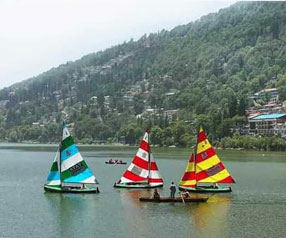 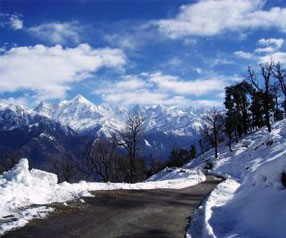 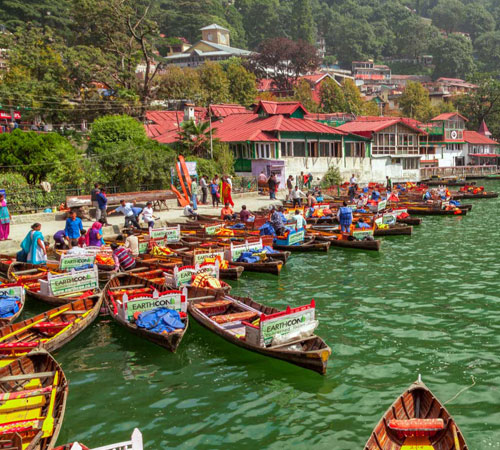 Nainital is one of the most beautiful hill stations in North India, commonly known as the "Lake District of India". Surrounded by mountains on three sides, Nainital is situated around the beautiful lake Naini-Tal at a height of 1,938 meters. Nainital derives its name from the goddess Naina while another legend states that when the Goddess Sati lost her eyes, she was being carried by Lord Shiva and a lake was formed ('Naina' means eyes and 'Tal' means lake).

The best tourist places to visit in Nainital are Naina Devi Temple, St. John in the jungle, Hanuman Garhi for the holy people, Mall Road Bazaar for spenders, Tibetan Market, Naini Lake, Nainital Zoo, Jim Corbett National Park, Snow standpoint for nature and adventure lovers. Nainital has a very thorough agenda in terms of requirements - there is something for everyone. The minute you enter Nainital district, you step into a new, parallel world.


Mukteshwar
In Nainital district of Uttarakhand state, Mukteshwar is a wonderful destination at a stature of 2,285 meters above sea level. Mukteshwar got its name from the 350-year-old temple Mukteshwar Dham, whose main deity is Lord Shiva. The top of the mountain on which the Mukteshwar temple stands offers stunning and marvellous views of the Himalayan range.

Many tourists from all over the world come to Mukteshwar to experience the beauty of snowfall. It is full of scenic natural beauty and you will get to see the splendour of the great Himalayas along with the summit of Nanda Devi, India's second-largest peak. Mukteshwar is the abode of a saint - Shri Mukteshwar Maharaj Ji - who lived in the apex samadhi temple, where his samadhi is. The main reason for the unique rush between tourists and all other hill stations in Mukteshwar is that it provides an unexpected atmosphere to relax.